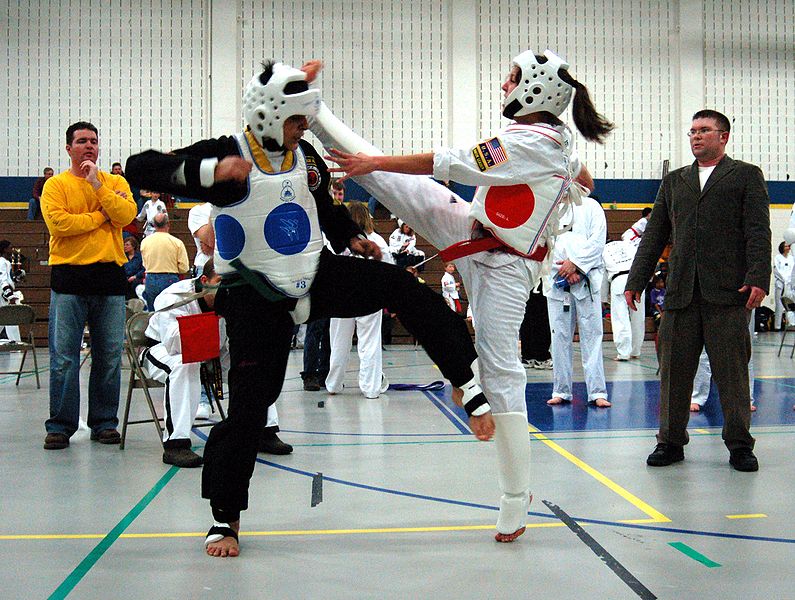 Different schools may observe different sets of rules for a sparring match according to their needs, the ability of the student, and the particular federation or association witch the school is affiliated to.

Here we have posted a “basic” set of rules to follow when sparring. Remember when you visit other schools, to review and understand their rules prior to a match. For an official Olympic and WTF set of rules, read below. 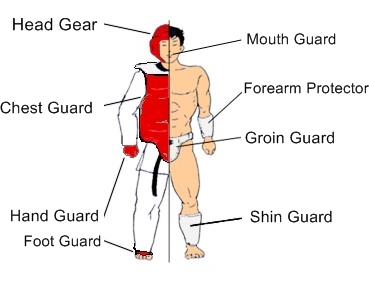 Olympic sparring competitions are fought between two “opponents” within the same weight category (to see the WTF list of weights categories click here), in a square shaped, matted area normally made of a high density foam rubber. This Contest Area shall measure 8m x 8m using the metric system. The Contest Area shall have a flat surface without any obstructing projections, and be covered with an elastic and not slippery mat. The Contest Area may also be installed on a platform 0.6-1m high from the base, if necessary. The outer part of the Boundary Line shall be inclined at a gradient of less than 30 degrees, for the safety of the contestants. 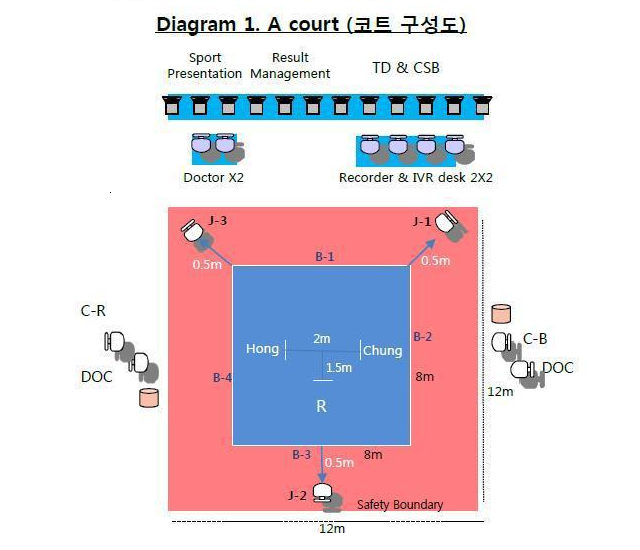 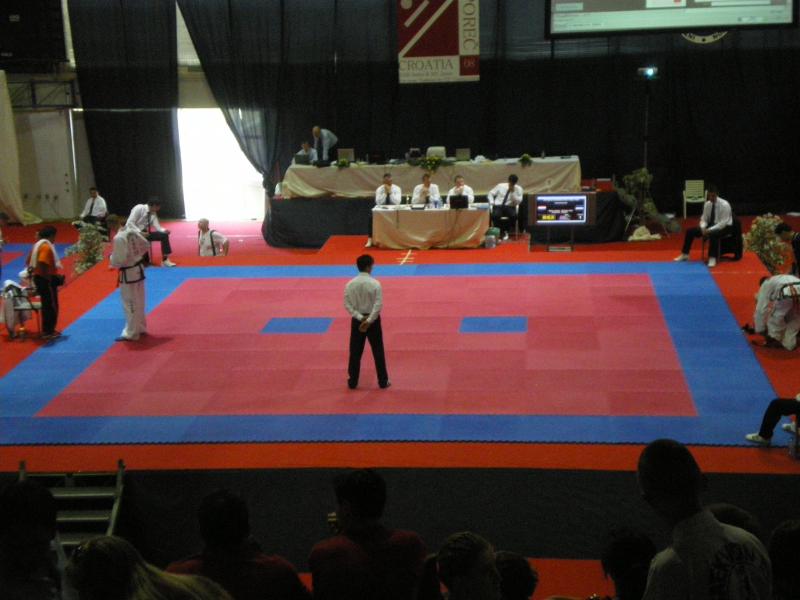 For colored belts (below black belt), each match comprises of three rounds and each round lasts one minute with a 30 second interval between them. Black belt rounds last two minutes with a one minute interval in between. During a round, the action is non-stop and the judges score points according to the strength of the technique, its style and the point of contact. Punches to the head are banned, as are many types of jumping spinning kicks. Attacking below the waist or while a competitor is on the ground is not permitted. Illegal moves result in the perpetrators scores being annulled and can lead to disqualification. According to the new WTF rules, points are award in a 1-2-3-4 point system as follows:

Click  above for a complete set of the official WTF Olympic Taekwondo competition rules interpretation (in force as of 5/11/2015).

There are two types of penalties:

Here are some actions contestants can be penalized for:

The score is calculated from all three rounds. If any one competitor achieves a lead of seven points then the match is stopped and he is declared a winner. Likewise, if one Taekwondo competitor reaches twelve points, he is declared the winner. In the event of a three round ‘tie’, a fourth ‘sudden death’ round is fought, after a one minute rest.

You can check an Official WTF Taekwondo Competition Rules video in our video section, for a brief preview of these rules,  just click in the link below:

Please note that, WTF rules were revised on 2009, some of the old rules where changed or modified. For a complete set of updated rules, please click in the image below.