“Every Journey Begins With a Single Step”

White belt is the beginning of your Taekwondo journey, and perhaps, it is the most important step you will to take on your Taewkondo path!

The color white or “lack of color”, symbolizes purity, indicating that a person is “innocent” and has no knowledge of Taekwondo.

By realizing that you need guidance, your willingness to learn, and by showing your commitment by enrolling on a Taekwondo school, you had already earned the color white of your belt.

Most people see the color white belt with less importance than the other colored belts. But the truth is that without white belt students, Taekwondo or any other martial art, will ceased to be. Without new students and with the pass of time, there will be less and less active black belts. Eventually, when the last one passes on, Taekwondo or any other martial art will also vanish.

As you can see, white belt students are the most important part of Taekwondo, and the reason for the existence of the art. So wear your white belt with pride, determination and congratulations on taking the first and most important step of your journey! 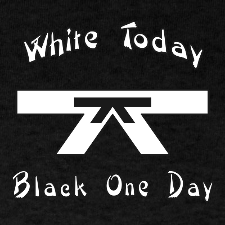 Basic Techniques to be Learned 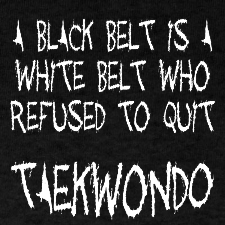